The Effect of Nonprofits 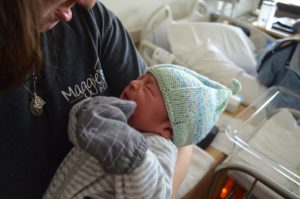 Did you know that if all nonprofits were a country, they would have the sixteenth largest economy in the world? That, according to The National Council of Nonprofits, is based on the 878 billion dollars they pumped into the economy in 2012, the last time the council measured such things. It’s a surprising economic impact, before even looking at the social impact and the effects nonprofits have on individuals and communities as a whole.

In 2014, an estimated 937.7 billion dollars was pumped into the United States economy by the nonprofit sector. In total, as of 2016, there were 1,202,719 public charities and private foundations in America. Nonprofits are in virtually every community including health, education, veterans, nursing, the arts, youth initiatives, nature, animals and, of course, the kind of work done by Maggie’s Place.

In addition to raising money to make a difference, nonprofits contribute to the overall economy. Some of the onus of government is transferred to organizations that function for causes, change and services. They also make a difference in employment. In 2013, 14.4 million workers, a little over ten percent of the workforce was employed by a nonprofit. As a whole, nonprofits contributed $634 billion in wages.

Over 60 million people in the U.S., almost 25 percent, volunteer with a nonprofit organization. The Council of Nonprofits “estimates the value of that volunteer time at $24.14 per hour, equaling an estimated $1.5 trillion.”

What does that mean for organizations like Maggie’s Place? It means that the dream five young women had 20 years ago can continue to grow and thrive, that we can maintain our ideals and that we can serve the noblest of causes.

Just this past year, your support provided housing for 107 mothers, 43 babies and 84 children. Over 21,000 nights of safe and secure shelter were provided and more than 45,000 meals were served. The depth of meaning for the community as a whole is staggering.

It takes into account significant positive change that addresses a social challenge with a deliberate set of activities to make that happen. In the case of Maggie’s Place, our work is aligned with five protective factors which decrease the likelihood of child abuse and neglect that include community resources, immediate food and clothing aid, child development screenings, housing and utility assistance and evidence based parenting classes. This past year found all of us at Maggie’s Place learning about trauma-informed services and meeting clients where they are and building on our six pillars of support.

When you wonder where your money goes, what the impact of Maggie’s Place programs might be and how you make a difference, keep in mind the things that guide us: providing life-changing programs and services for pregnant and parenting women and their children by offering a  warm and welcoming community, a safe place to live and learn, and on-going services to help them become self-sufficient.

Here’s to a New Year that embraces even more mothers and babies.

Stay in touch with us!